It was 2008. Lots of things were happening in that year, but for this story the Mexican Flu epidemic is important. At Ranj, we had just finished work on a global epidemic simulator game, and newspapers and TV channels were buzzing with fearfull stories and disastrous scenario’s about possible millions of victims. I got an e-mail from a young female artist, Mieke van Voort. She was working on an art project about communality in the face of danger, which involved a game. She needed help to make this game work.

As it turned out, the game was about a a quarantined town in the middle of an as yet unidentifiable, virulent and deadly pandemic. She had the details of the town and the disease nicely thought out, but she was at a kind of loss in thinking about the game and social mechanics that would be needed for the project. Of course, being a larpwright, I did have some experience in designing such mechanics. In a couple of hours we set up the basic structure of the game, the way in which we would control the epidemic, and the characters and social structure needed. Actually, for me the game mechanics were a nice empirical exercise in game theory. Players would encounter some sort of prisoner’s dilemma. I gave the disease an incubation time; after infection, it would take some time before symptoms would show themselves. If infected, a person would infect other persons if interacting with them, which is of course a bad thing. However, to be cured from the disease, a person will need to interact with other persons. Infected players would have to choose between their own interest and the community. Non-infected players would have to decide whether they could trust other players; they could not know whether someone had been infected. To add to the suspense we decided on a very limited supply of medicine, far too little for the whole group. To make the whole thing more interesting, I introduced a range of characters that all had their own, often conflicting, agenda’s apart from staying alive, giving them additional incentives to interact.

Mieke had a large room for the game, actually the lobby of an abandoned office building. The buildings in the town would be represented by white lines on the floor, just as in some Lars von Trier movies. For the epidemic control, I fixed some walkie-talkies and my old larp buddy Marco Oostendorp; we would monitor the group and inform players when they would become infected. We had a group of about 25 players, and on a cold November Sunday, we ran the game for a couple of hours. It was very succesfull, and we saw all sorts of interesting social behavior from the participants. I could write an essay on the social dynamics alone, but that is not the story I want to tell.

The concept of the game kept fascinating me. It would be very interesting to run it again with different groups, using different durations, or different settings. However, the epidemic control we did was still a little awkward. Players could actually see when someone got infected, because a gamemaster would tell it to such a person.

Our players chose to ignore this to have a better experience, but a solid game design should not depend on benevolence of players. Furthermore, 25 people would be about the maximum me and Marco could manage; with more players, we would loose the overview of the group. Finally, while the room-with-lines setup was worked pretty well, it would be interesting to use larger location, so the town could be based on real rooms or building. However, in that case controlling the epidemic would be next to impossible, because not all players would be visible at the same time. A solution to these problem would be to develop some technology. I checked with my electronic gadget friends. We had developed little devices for larps before, and decided it would be perfectly possible to develop something for the epidemic control … but it would cost money.

As it happens, there is something called the Gamefonds, that subsidises artistic, interdisciplinary games. I reckoned this would be a very nice project for such a fund, and contacted Mieke to ask whether she was interested. She was, so I quickly set to work writing a project plan, project budget, preliminary design document, the usual stuff. I got very little feedback on this from Mieke. At first, this did not bother me, but after a while I started worrying and phoned her. She told me that she decided she did not want to participate in this project, because it did not fit in her artistic vision. I never really understood this, and I still don’t. I suspect that we both focussed on different aspects of the game. As I said, for me it was a nice empirical exercise in game theory, and the new project would add some cool electronics hacking to this. However, for her the game was something different, and this meant the end of the project.

Fast forward a couple of years, and suddenly there is a Dutch Larpwriter Challenge. I had not forgotten about this little game, and thought it would make a very nice submission. I had already thought of a little trick to partly solve the epidemic control, so no new technology would be needed. Of course, I would need to contact Mieke for such a submission. At least part of the game was her design, so if I wanted to do something with it, I would at least have to check it with her. Before calling her, I did a quick Google Search, to find out what she had been doing lately, and made the terrible discovery that she had committed suicide in 2011.

Saddened by this news, it took me quite some time to figure out what to do. I could of course just abandon the game. That would be the safe and easy way out. However, I still believe in the concept of the game; it is very simple, yet contains very interesting social dynamics and moral dilemma’s. Thinking about this, I went through the old documents we made for the game. Actually, the way we did it was a little too large for a shortlarp. Furthermore, most of our documents were short and quickly written; good enough for us to work with, but unsuitable for people unfamiliar with the game. I would have to rewrite the whole thing anyway, if I was going to submit it. Then I decided to do just that. I could write a new game, based on the same concept, but leaner and simpler then the original game, tailored specifically for shortlarp sessions. I could present it as being inspired by the original game; that way, I would not interfere with an artistic vision, while still giving credit to her work and ideas.

View all posts by lquispel

This site uses Akismet to reduce spam. Learn how your comment data is processed.

The most exciting phrase to hear in science, the one that heralds new discoveries, is not ‘Eureka!’ but ‘That’s funny…’ 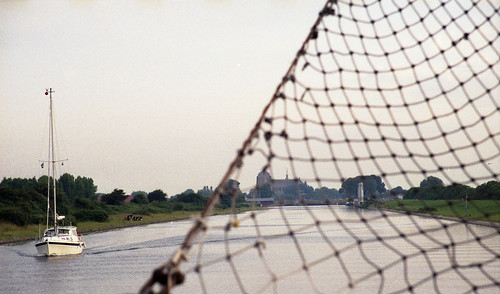 Find me on social networks